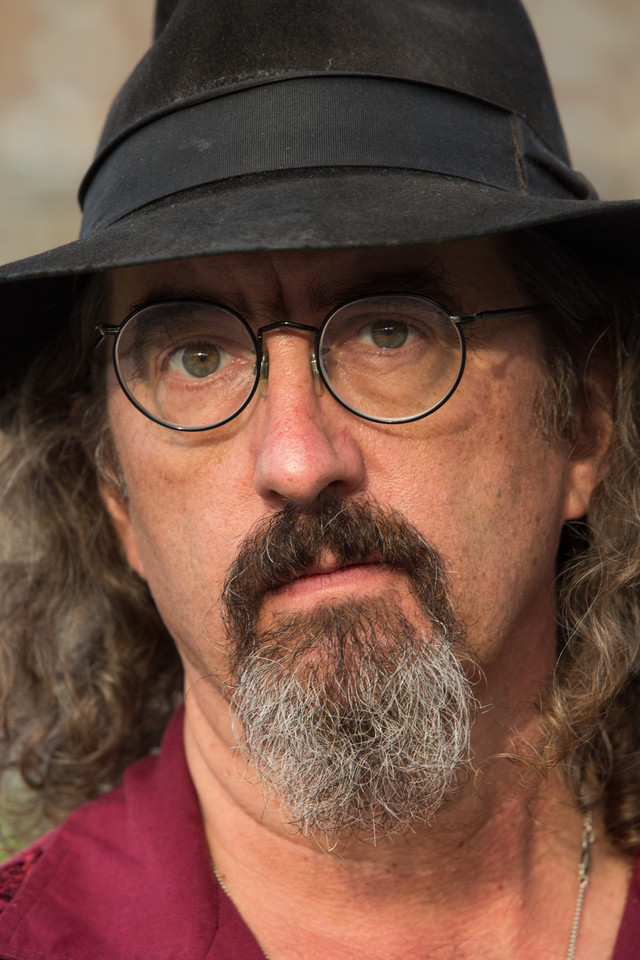 Texas singer/songwriter James McMurtry, known for his hard-edged character sketches, comes from a literary family; his father, novelist and screenwriter Larry McMurtry, gave James his first guitar at age seven, and his mother, an English professor, taught him how to play it. McMurtry began performing his own songs while a student at the University of Arizona and continued to do so after returning home and taking a job as a bartender. When it transpired that a film script McMurtry's father had written was being directed by John Mellencamp, who was also its star, McMurtry's demo tape was passed along, and Mellencamp was duly impressed, serving as co-producer on McMurtry's 1989 debut album, Too Long in the Wasteland, which landed McMurtry a deal with Columbia Records. McMurtry also appeared on the soundtrack of Mellencamp's film, Falling from Grace, working with Mellencamp, John Prine, Joe Ely, and Dwight Yoakam in a one-off supergroup called the Buzzin' Cousins. McMurtry recorded two more albums for Columbia, 1992's Candyland and 1995's Where'd You Hide the Body, before he and the label parted ways. McMurtry found a more comfortable home in the independent label community; he struck a deal with the respected roots music label Sugar Hill Records, and released his debut for the label, It Had to Happen, in 1997. Walk Between the Raindrops followed in 1998, and 2002 saw the release of Saint Mary of the Woods. McMurtry signed with the Texas-based Compadre label the following year, releasing Live in Aught-Three in 2004 and Childish Things in 2005, the latter featuring McMurtry's striking protest song "We Can't Make It Here," which longtime Village Voice music critic Robert Christgau declared was the best song of the 2000s. Just Us Kids appeared in 2008 on Lightning Rod Records, with another concert album, Live in Europe, arriving in 2009. It wasn't until 2015 that McMurtry -- who tours frequently and has a weekly residency at Austin's Continental Club when he's not on the road -- finally completed a new solo album, Complicated Game, which was produced by C.C. Adcock and Mike Napolitano. ~ Steve Huey & Mark Deming, Rovi