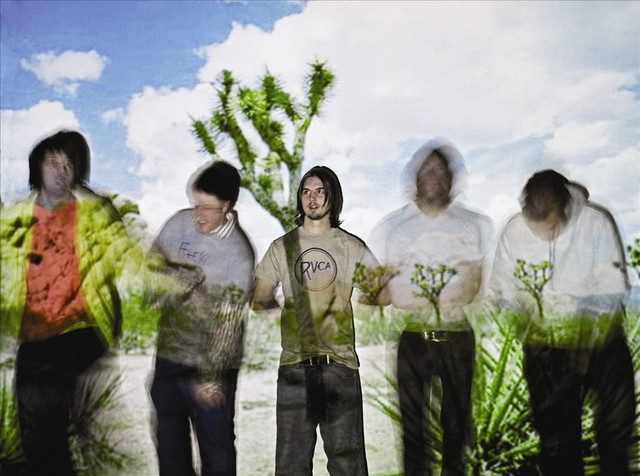 California-based emo rockers Finch, originally called Numb, include vocalist Nate Barcalow, guitarists Randy Strohmeyer and Alex Linares, bassist Derek Doherty, and drummer Alex Pappas. Strohmeyer actually had a hand in getting the band signed to Drive-Thru Records. The young guitarist contacted the label incessantly, intent on generating interest in his music. His fan mail and pestering even led to friendship of sorts with Drive-Thru owner Richard Reines. So when Strohmeyer inevitably pitched him Finch, he figured Reines was just being polite by listening. But Reines was genuinely enthusiastic about Finch and offered the band a contract. The 2001 four-song EP Falling into Place was the band's first release for Drive-Thru and sold over 6,000 copies in just its first three months of release. That set up the well-received full-length What It Is to Burn, which appeared the following year, produced by Mark Trombino (blink-182, Midtown). Finch immediately hit the road with RX Bandits and spent that summer on the Warped Tour. Tempers flared in August 2004 when Finch got into an on-stage fracas with alt-metal act Disturbed, allegedly over comments Strohmeyer had made about the band's music and its singer, David Draiman. But the flap soon faded, and Finch concentrated on work for their sophomore full-length and Geffen debut. With new drummer Mark Allen on board, Say Hello to Sunshine dropped in summer 2005, featuring a considerably heavier and slightly experimental sound. The album failed to resonate with much of their fan base, even though the band toured behind it through the end of the year with such acts as Head Automatica, HiM, and Skindred. By February 2006, Finch had gone on an "indefinite break." Some members of the band went on to join the Sound of Animals Fighting, along with members of RX Bandits, the Autumns, and Circa Survive. ~ Linda Seida, Rovi