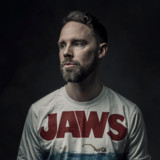 Rob Johnson is a musician.  Debut release Upon A Painted Ocean was labelled as "an instrumental album of positively momentous strength” (REVOLT) and featured guest vocals from Mary Spender and @Max Bemis of Say Anything. It was touted as "a modern Tubular Bells" (OVERPLAY).  Second album Throw The Sun Into The Sea delved further into an exploration of instrumental music and the ways in which this could be communicated towards an audience. 10 short films accompanied the record, forming a complete audio/visual experience.  Both albums were produced and mixed by Geoff Swan (credited work includes; Coldplay, Ed Sheeran, Paul McCartney) and mastered by Jon Astley (Led Zeppelin, The Who, ABBA, George Harrison).  After nearly dying from a life-threatening illness in 2017, 2018 saw the release of Other Futures featuring the song Empires which reached the semi-final in the instrumental category of the ‘Song of the Year’ contest. Johnson has been featured as an ‘artist to watch’ in Acoustic Magazine and performed regularly at the London Acoustic Guitar Night, as well as the London Acoustic Guitar Show at the Kensington Olympia. He teamed up with American EDM duo The Beat Kidz, for their remix of Madness by Muse - which received regular airplay on KROQ in the United States.  2019 began a prolific period of songwriting which saw 5 albums in the space of 10 months from Rob Johnson Music – his exploration of instrumental music has only just begun.