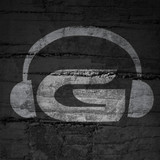 Adam Vinsant (aka Groove Logic) is the owner of Groove Logic Productions and Pure Logic Recordings. He is a long time DJ, producer, and sound engineer who has been a part of the music industry since the age of 15. Coming from a family with a musical background, Adam picked up the ear for good music at an early age. He started playing guitar at age 13 and also learned bass guitar at 14. Influenced early on in the rock and industrial scene, his influences include Nine Inch Nails, Tool, Metallica, Primus, Pink Floyd and many more. In 1996 he began the journey into technical sound study and started assisting with sound and lights in local churches and large concert venues. He also worked with several DJ companies performing at weddings, proms, corporate and private parties all over the Southeastern US. In 1998, Adam Vinsant found the world of electronic music and Groove Logic was born. After playing a variety of events over the years, in 2007, Adam started working with Fine Spun Productions assisting with show production in Birmingham, AL.

In 2010, Adam created Pure Logic Recordings and released several songs and albums for up and coming artists from around the world as well as himself under his artist handle. Adam has shown no signs of slowing up any time soon as he is focused more than ever on building the Groove Logic brand and music library in his beautiful home of Eugene, Oregon.