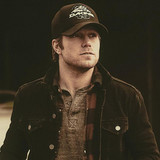 A singer and songwriter who has made an impression on the Nashville music industry with his songs about love and life, Jacob Davis was born in Shreveport, Louisiana. Davis absorbed his first musical influences from his father, who enjoyed songwriters like John Prine, Jim Croce, and James Taylor, as well as country stars such as Alan Jackson, Tim McGraw, and Garth Brooks. Davis was bitten by the music bug as a child, picking up the guitar when he was just 11 years of age, and he began writing songs, playing local open mikes, and performing in church. Despite his love of music, to please his parents Davis enrolled at Louisiana State University, where he earned a degree in environmental sciences. After graduating, Davis got a job with an oil company, which put him to work on a rig, but it didn't take long for him to realize this wasn't the career he wanted, and after a year he decided he'd learned all from the job that he could. Davis quit and moved to Nashville, determined to make it in the music game. Six months after he moved to Music City and began playing out, Davis had landed a publishing deal, and in September 2015 he released a single, "Something to Remember You By," which became a success, generating over 1.2 million streaming plays. In June 2016 Davis signed with Black River Records; his first single for the label, "What I Wanna Be," was released in March 2017. ~ Mark Deming, Rovi