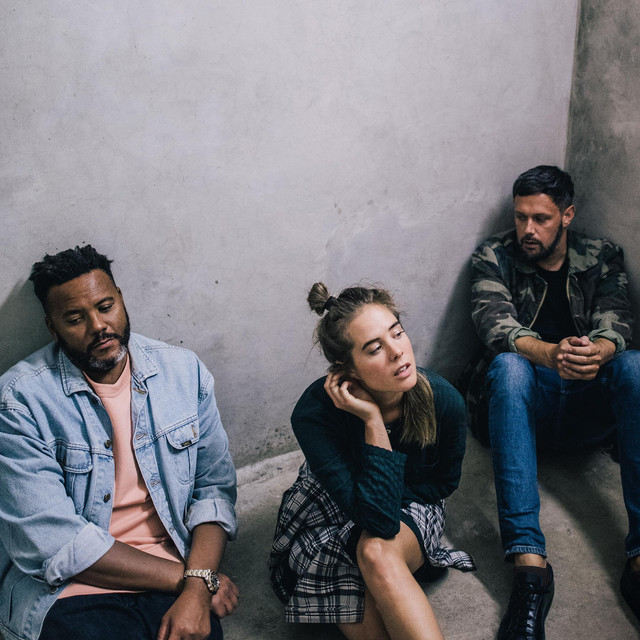 The Stockholm trio, comprised of Tobias Jimson (Astma), Michel Flygare (Rocwell) and Stina Wäppling made a very welcome return with their single ‘Masterpiece’ in September 2017. This was the first release since their breakthrough 2014 LP, ‘We Are Only What We Feel’, which featured earworm and global smash single ‘Pumpin Blood’.

‘Masterpiece’ marked the reformation of one of Sweden’s biggest pop prospects. After the release of ‘Pumpin Blood’, NONONO fast became one of the fastest rising forces in Swedish pop music. With more than 2.000.000 singles sold, US tours alongside Twenty One Pilots and Foster the People, the trios plethora of international gold records, multi-platinum sales in Scandinavia speak for the intense international hold NONONO has commanded with their sparing yet impactful careers to date. After the success of their debut record the trio took 18 months out to do their own thing. Tobias and Michel soon got back together in the studio and picked up their producing careers, working with artists like Madonna, Maroon 5, Tove Lo and Zara Larsson. Feeling the need to do the opposite to the previous two years Stina went to India, her second home. Here she lived in the hippie community Auroville, meditating, breathing, listening to and gathering new sounds. Alongside making music she also began finishing her master in psychology as well as having patients of her own, a parallel activity that also has influenced and sneaked its way into the songwriting process.