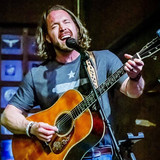 From the Piney Woods of East Texas, Christopher Wright Music was borne out of strong conservative Christian values and a steady diet of Merle Haggard and Hank Williams, Jr. By eleven Christopher was playing guitar and writing music. His art offered a much-needed distraction from his fractured family. In 1986, Christopher, his mother, and sister moved north of Dallas to Allen, Texas where Christopher firmly planted his boots in the ground. Around this time urban hip-hop and Seattle grunge were shaping the musical landscape. Christopher’s love for the art of music was fire-roasted by the likes of Pearl Jam, Nirvana, Sound Garden and complemented his respect for The Outlaws of Country Music. High school and college were hastened by good times and trouble. Those days flew by like a Ford Mercury fresh off the line. Christopher raised a little hell and had a few brushes with the law. “I got sidetracked with fast living and shortcuts. Addiction made my straight lines into circles. Life was all fun and games until it wasn’t. "I never shot anybody’s dog or anything, but I surely danced with the devil".

In 2016 Christopher was diagnosed with acute liver failure. “That shit brought me to my knees". Christopher credits his faith to getting him sober and music for saving his life. Christopher’s voice is deep, direct, and steady like a locomotive. His music will no doubt resonate with folks who are seeking light in the dark.