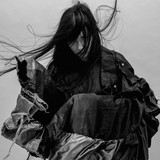 Detalji is a Helsinki-based producer, sound designer and singer known for her self-written anthems dedicated to the club culture. Strongly influenced by 90's techno music, trance and IDM, the producer has received acclaim for her unique and experimental sound. 'Finland's answer to Helena Hauff', Mixmag 'Attending one of Finnish electronic musician Detalji’s gigs is both taking a deep-dive into a cyberpunk-esque dystopia and attending a religious service at the church of techno', Music Is Her Passion Magazine