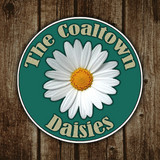 The Coaltown Daisies are a duo of singer songwriters who write and perform dynamic folk, soul and americana music and who have tremendous experience as performers, recording artists and event managers. They are renowned for their highly engaging live performances and steady professionalism which has resulted in them performing at sought after venues and festivals all over the country.   The records they have released under their own Ragged Boot Records label feature some of Scotland’s most highly established musicians and have been exceptionally well received by listeners the world over. Their debut album is a heartfelt concept album featuring notable songs like Slowly In Circles and In Your Wake (I Call); their latest release features The Whisky Song, a composition that was chosen as the original theme for World Whisky Day and won them the coveted CalMac Culture Music prize. There is no stopping them now.