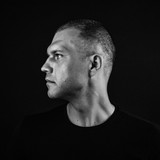 Fonohead is the electronic music artist and producer. He's been splitting his time between London, Riga and Saint Petersburg for many years. That life experience reflects on his music and philosophy. On 1 May 2020 Fonohead releases his debut album "A Broken Shape Of Time", which receives a very warm feedback from many serious electronic music resources, such as SynthPop Fanatic, Electrozombies, Electronic Cafe, Periodic Table Of Synthpop etc. Fonohead is also highlighted by one of the most significant DJs and producers of the electronic music scene - Rusty Egan.

On 18 September 2020 the new EP called "When The Moon Seemed So Close" comes out. It includes three songs produced in the best traditions of Fonohead. On 22 December Fonohead releases the single "Beyond The Rest" to finalize the year 2020. The year 2021 starts with the release of the new single "Fighting Monsters". It's out on 10 April. The work on the second album, which is called "Actor Of Your Theatre", is finished. The album is out on September 18 2021. Currently Fonohead is working on his third album, which is going to be released in January 2022. Find more information at www.fonohead.com