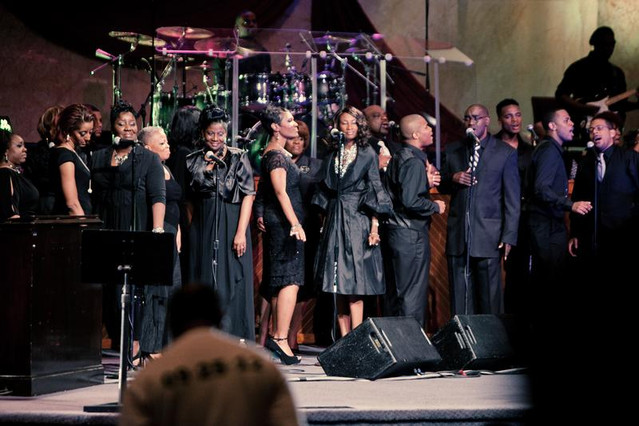 The Shekinah Glory Ministry is a praise & worship collective connected with Valley Kingdom Ministries International, a nondenominational church based in the Chicago area, and includes a cast of musicians, psalmists, dancers, and singers. Primarily a group that is best appreciated in a live setting, Shekinah has released a series of CDs on Valley Kingdom's own Kingdom Records imprint, including 2001's Praise Is What I Do, 2004's Live, 2007's Jesus, 2010's Refreshed by Fire, and 2012's Surrender, as well as a pair of DVDs, 2003's Praise Is What I Do and 2005's Live. ~ Steve Leggett, Rovi