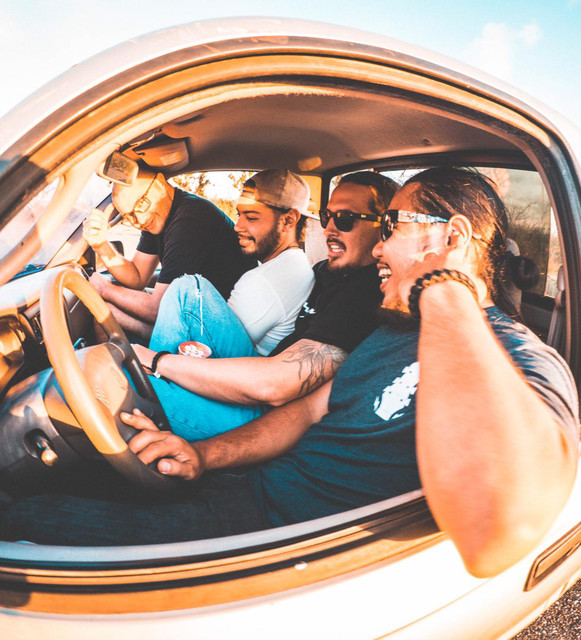 Hailing from Guam, U.S.A, where it’s always summer, four boys from the southern villages of Yoña and Malesso, are gaining major traction as an up-and-coming “progressive rock-reggae” band wherever their music is played. Members Frankie, Danton, John, and Paolo originally played in various cover bands. They formed The John Dank Show to create instead of imitate. Playing in the trenches of the local bar scene, they took their talents to writing, recording, and producing, and teamed up with Ryan Shook of Matala Makes Music to produce their first EP and first full-length, and RJ Pereira for their most recent single. After the release of their self-titled debut, the four Guam boys saw their hard work pay off with a #11 spot on the Billboard World Reggae Charts and a #4 spot on iTunes Reggae charts. These veterans of the music scene have opened for and played with various groups, including 311, Pepper, Ceelo Green, Matisyahu, Pia Mia, Katchafire, Rebelution, MAGIC!, Tribal Seeds, One Drop, Anuhea, Sublime with Rome, Kimie, Ky-mani Marley, Ooklah the Moc, Sons of Zion, Maoli, SOJA, and The Green. Creating a brand of music that is almost "un-genre-able", TJDS hopes to enhance and focus the importance of originality of Guam music.