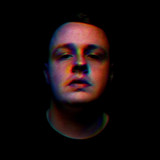 Manchester Born House Producer & DJ Perfecting his craft since the glory days of Fruity Loops 8, 2020 was the official start to Dan’s music career. With Dan’s first release dropping 7th February, and with many more being signed to labels around the globe, Dan finally believes he can start sharing his music with the world. Who remembers Dance Ejay 5? Anyone? Well that was Dans first “DAW”, if you could even call it that. Dan got his hands on the software as a kid and never looked back. “Honestly it was the shit, check out https://www.youtube.com/watch?v=5C9vZ1SpSjw if you don’t believe me”. It blew his tiny mind and ultimately was the start of his music career. It also started Dans “pirate” phase as he downloaded more and more cracked software, Virtual DJ being one of them. This opened his eyes to the art of DJ’ing, and at the age of 13, his parents got him his first set of Citronic CDJ’s. Mixing everything from Dubstep to Trance, Scouse House to Drum & Bass, Dans music taste has continued to evolve. Some cracked software later and Dan had his first official DAW - Fruity Loops 8. Now at the age of 25, Dan, being a good boy, now owns both FL 20 and Ableton Live, with Ableton being his DAW of choice. Dan tries to create his music in the moment which often makes each track much different from the next. His sound is a combination of everything he has learnt over the last 10 years and continues to evolve with each release.