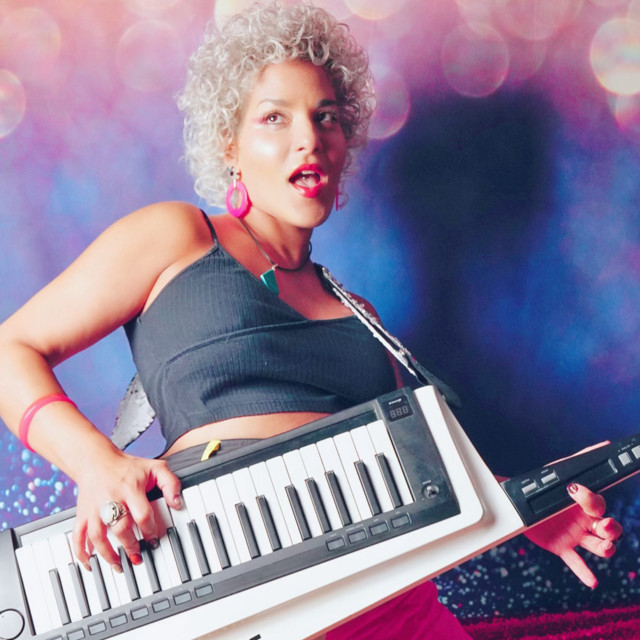 Aradia is a self-produced multi-instrumentalist singer/songwriter that brings something with originality and depth to the world of Alternative Pop.

Her progressive, building arrangements echo elements of Robyn, MARINA, Blondie and Roosevelt—artfully blending Nu Disco, 80s guitar rock and modern electronica. Born in the New York City metropolitan area & studying music from early childhood, Aradia eventually enrolled in the Aaron Copland School of Music focusing on flute and voice. She played guitar & sang in bands, while working on her synth-driven solo music. After a sojourn to Seattle & Los Angeles where she fine-tuned her craft and her sound, Aradia his now back home in NYC, focusing on live performances & releasing a string of anthemic singles. In addition to making music, Aradia is passionately involved in Animal Rights & Rescue, racial & gender equality, and fashion design. A dedication to conservation and a sustainable future drive the message behind some of her songs, as well as her social media and partnerships. With the goal of bringing more attention to the power of egalitarian cooperation, Aradia mentors & works to inspire at every available opportunity.