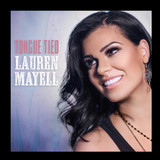 Lauren released her New Single “SAY IT” to radio on May 07, from her upcoming album. “SAY IT” is a mid-tempo, fun summer song that should fill the airwaves from St John’s to Victoria. This release will also be accompanied by a feature music video. “SAY IT” is Lauren’s 5th release to Canadian Radio. Lauren recently completed a tour of BC, Alberta and Saskatchewan which covered over 5,000 road kms. This tour will be followed by a busy summer festival season along with continued songwriting in Nashville and Canada for the remainder of 2018. More tour dates for Eastern Canada will be announced soon. Details are available at laurenmayell.com.   Lauren’s 2017 included a nomination for ACMA Female Artist of The Year and Album of the year; winning Country 105’s Rising Star in Calgary in 2017; opening for many award winning Canadian and American artists; and sharing the Country Thunder Music Festival main stage with The Road Hammers, Terri Clark, Randy Houser and Thomas Rhett..   Recent Opening Acts: The Washboard Union, The Road Hammers, Gord Bamford, Brett Kissel, Kane Brown Canadian Tour, Meghan Patrick