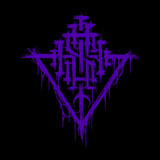 Hailing from the extreme music melting pot that is the North East of England, Osiah transcend the deathcore label with what could possibly be the most torturous barrage of filth the UK has produced in recent years. Crushingly intense breakdowns and deathly chops tread a familiar path, but jarringly detuned guitars, unpredictable tempo changes and vocals that range from wide-ranging pitched screams to commanding guttural bowel openers add an extra evil to the sound that cannot be put in words. Osiah Released their first full-length album ‘Terror Firma’ in June 2016 via Siege Music. The album gained praise from Metal Hammer Magazine, Bloody-disgusting and many other prestigious publications, cementing the band as the hottest and heaviest band on the UK Deathcore scene. The resulting work lead to the band signing to Unique Leader Records in 2018 and released their sophomore album “Kingdom of Lies” in 2019. Fast forward to 2021 and the band released their 3rd album “Loss”. This record is the truest representation of Osiah to date. Loss is Osiah’s darkest record to date, combining the monolithic misery of our debut record Terror Firma, with a more matured technicality first showcased in our sophomore; Kingdom of Lies. Featuring a new lineup; Loss will cater to those familiar with our aggression, and also allow new listeners to be shown a raw unfiltered version of who we are before they have an opportunity to witness our previous efforts.