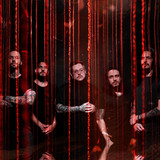 AXTY was born amidst the chaotic pandemic scenario of 2021 and quickly reached over 600k streams on Spotify with their debut album, Helpless The independent metalcore quintet drew the attention of the brazilian metal scene and is growing followers at a high pace worldwide. Frontman Felipe Hervoso’s control over drives, power screaming and clean vocals, teamed up with the band technicality, creates a combination that sounds raw, pure and emotional, without losing the explosiveness of the genre and has been pleasing fans of bands like Architects, Bring Me The Horizon, Wage War, Polaris, Caskets, Holding Absence, Currents, among others.

The self-produced group released 6 singles, 7 music videos and a 12 track album this year and is currently playing shows and getting ready for the production of their next album.