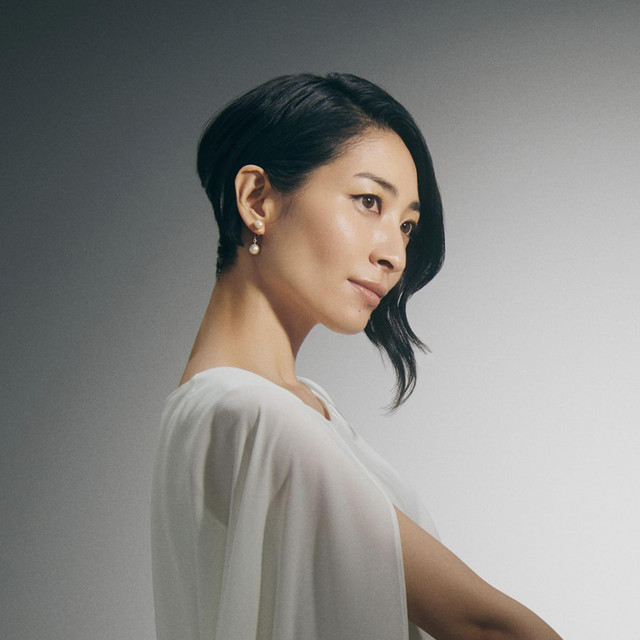 Maaya Sakamoto is one of the top Japanese voice actors, which means a lot in Japan, where "seiyuu," as they are called, are popular show biz features. In addition to her work on famous anime series such as Death Note and Gundam Seed Destiny, she leads a successful singing career, which began in collaboration with Yoko Kanno, Japan's best commercial composer. The Tokyo-born Sakamoto became a star early: at 15, she voiced the main character in the famous anime Vision of Escaflowne (1996), and sang "Yakusoku wa Iranai," the opening theme of the series, written by Kanno. She remained in the voice acting business since, but worked on lesser roles for a while, and took care to get a regular education in the meantime -- she majored in sociology at Toyo University. Her debut album, Grapefruit, came in 1997, being the first of four records written primarily by Kanno (the last was 2003's Shounen Alice). Until 2003, Sakamoto also had major roles in anime series Night Walker, Kanon, and RahXephon, and smaller ones in Cowboy Bebop and Wolf's Rain. In 1997, the theme song for CLAMP School Detectives began her long-running relationship with anime adaptation of works by the popular mangaka group Clamp; she worked on many other anime songs as well, including a track for Ghost in the Shell done with Hide. Her other voice acting activities included numerous video game industry and movie dubbing stints, among which was a voice-over for Queen Amidala in the Japanese release of the new Star Wars trilogy. At the time of Yuunagi Loop (2005), her fifth album, Sakamoto parted with Kanno to get more creative control over her music (they reunited in 2008 for the Macross Frontier theme "Triangler"). Her new collaborators included Shoko Suzuki, Yuuho Iwasato, H-Wonder, Tim Jensen, and Chris Mosdell, and she also started to write the occasional song herself, not limiting the contributions to her own solo efforts: since 2008, she composed lyrics for the Nakajima Megumi and Macross Frontier series. Her mid-2000s anime stints included leads in Ouran Koukou Host Club, Soul Eater, and Death Note and supporting roles in Gunslinger Girl, D.Gray-man, and Tsubasa Chronicle. On the musical front, the EP 30 Minutes Night Flight came in 2007, and the album Kazeyomi in 2009, when she also returned to the role of Éponine in the stage production of Les Misérables, in which she originally debuted a few years back. For early 2010, Sakamoto booked the Budokan to celebrate the 15th anniversary of her career. ~ Alexey Eremenko, Rovi