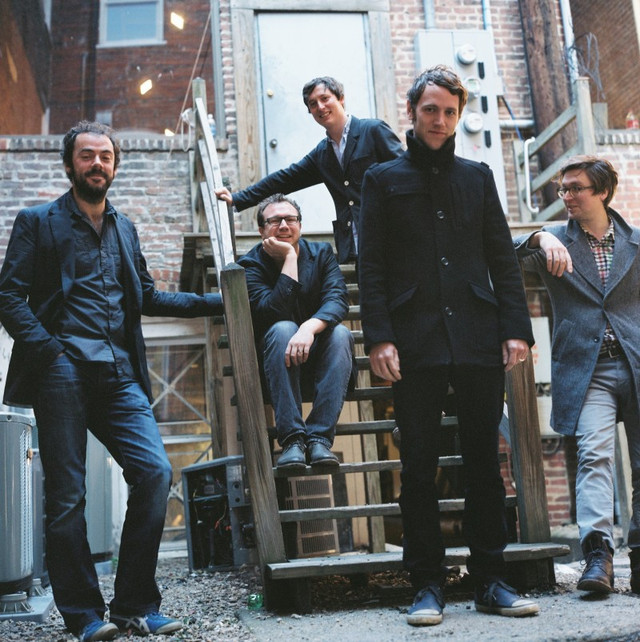 Gomez are a five-piece British act consisting of Ben Ottewell (vocals, guitar), Tom Gray (vocals, guitar, keyboards), Paul Blackburn (bass, guitar), Olly Peacock (drums), and Ian Ball (vocals, guitar, harmonica). Emerging during a time in which the majority of up-and-coming British bands were either retro-pop (à la Oasis), trip-hop (Portishead), or space rock (the Verve, Radiohead), Gomez were one of the few to feature bluesy influences. The Southport boys' debut for Virgin Records, Bring It On, received praise from rock critics on both sides of the Atlantic and received the distinguished Mercury Music Prize for 1998's Album of the Year, edging out such stiff competition as Massive Attack's Mezzanine and the Verve's Urban Hymns. Gomez completed an inaugural U.S. tour opening for Eagle-Eye Cherry in October 1998, while the press still offered praise (Spin magazine called Bring It On "a damn beautiful album," giving it an eight out of ten rating). Liquid Skin followed one year later and went platinum in England, and the rarities/B-sides compilation Abandoned Shopping Trolley Hotline appeared in 2000. A third studio album, In Our Gun, was released in spring 2002. Another hiatus saw Ian Ball relocating to Los Angeles while still working with the band at its new studio in Portslade, England. The dozens of tracks recorded during this time were whittled down and fashioned into Split the Difference, released in May of 2004. By that time, Hut, the group's original label, had gone under, leaving Gomez signed to Virgin (Hut's distributor). Despite all the critical acclaim, the band's album sales never seemed to match Virgin's expectations, and the two sides parted ways later that year. In 2005, Gomez signed with ATO Records and released Out West, the group's first live album. How We Operate arrived in May 2006, and the band rounded out the year by assembling a retrospective collection of singles, rarities, and unreleased tracks entitled Five Men in a Hut: Singles 1998-2004. Gomez's members were spread across two continents by this point, leading to a three-year gap between How We Operate and the band's sixth studio release, A New Tide, parts of which were recorded individually by the various bandmates and then merged online. Ben Ottewell took some time after its release to launch a solo career, with 2011's Shapes & Shadows marking his first major release outside of the band. Months later, the band released another studio album, Whatever's on Your Mind, with Phantom Planet's Sam Farrar sharing production duties with the bandmates themselves. ~ Greg Prato, Rovi