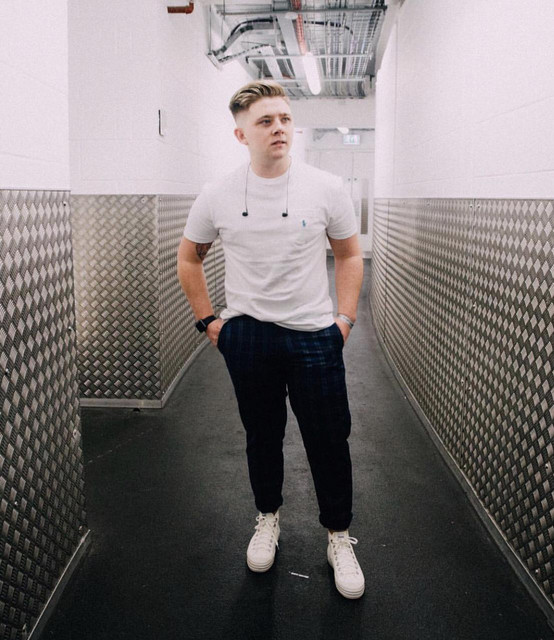 Scottish singer Nicholas McDonald is best known as one of the two finalists on the tenth season of Britain's star-making talent competition The X Factor. McDonald showed an interest in music from a young age and turned to singing after a rare heart condition caused a near-fatal cardiac arrest when he was only eight. Unable to play football, he turned to singing, and at 12 years old appeared on Simon Cowell's show Britain's Got Talent in 2009. Four years later, while still in high school in Wishaw, Scotland, McDonald auditioned for the hugely popular X Factor television program. Against all odds, the young singer rose through each level of the show's 2013 season, impressing the judges with his covers of songs like Five For Fighting's "Superman (It's Not Easy)" and Jason Mraz's "I Won't Give Up," making it to the show's finale, where he was runner-up to winner Sam Bailey. In January 2014, it was announced that McDonald had signed a deal with spotify:search:label%3A%22RCA+Records%22

to release his debut album, In the Arms of an Angel, which came out in March of that year. ~ Timothy Monger, Rovi