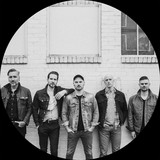 Few bands from the early-aughts emo/pop-punk scene have a legacy as mythical as Acceptance. The group only released one LP -- 2005's Phantoms -- before breaking up, and yet that album went on to become a cult classic, helping them amass a fan base so loyal that it remained a favorite through a decade of the band's silence. When they returned in 2017 with Colliding by Design, their sound had evolved with the members' life changes and an altered sonic landscape, ushering in a finely polished pop/rock style that continued on 2020's Wild, Free. When Acceptance emerged during the mainstream emo heyday in the early 2000s, they set themselves apart with catchy melodies, big choruses, and arena-sized singalongs, incorporating a harder rock edge into their sound much like contemporaries Jimmy Eat World, the Juliana Theory, and Anberlin. Formed in Seattle in 1998, the original lineup consisting of Jason Vena (vocals, bass), Kaylan Cloyd (guitar), Chris DeCastro (guitar), and Peter Pizzuto (drums). Their self-produced debut EP, Lost for Words, was released in late 2000 on local indie label Rocketstar Records. Before recording a follow-up, the band experienced a few membership changes: DeCastro and Pizzuto left and were replaced by Christian McAlhaney and Garrett Lunceford, respectively. They also enlisted Christopher Camp and Ryan Zwiefelhofer on bass duties. Their second EP, Black Lines to Battlefields, was produced by Aaron Sprinkle (Relient K, Anberlin, MxPx) and released by the Militia Group in 2003. It featured a tighter, less generic pop-punk sound, which helped catch the attention of both Rick Rubin and VJ/A&R rep Matt Pinfield. However, before the band could record its debut LP for Columbia Records, another shakeup occurred. Due to internal disagreements, Lunceford parted ways with Acceptance and was replaced. The new lineup returned to the studio, with Sprinkle assuming production duties once again. Phantoms was finally released on April 26, 2005, and just over a year later, Acceptance split up. The trouble began six months prior, when Phantoms was leaked online, allowing fans plenty of time to enjoy the album before having to pay for it. When the physical copies were finally released, they were part of a batch of controversial copy-protected releases that resulted in a major lawsuit against parent label Sony BMG, which prompted a recall of all affected albums. Internal struggles between the band and label had also been brewing, most notably over the decision to release the ballad "Different" as the lead single, which the band felt was not representative of the album's sound as a whole. Due to the lackluster mainstream response, Columbia ended up rejecting the band's demos for its sophomore album. These myriad issues proved insurmountable and the band decided to call it quits in the summer of 2006. Oddly enough, however, Acceptance's popularity continued to grow over the subsequent years, buffered by the enduring power of Phantoms. On January 26, 2015 -- just in time for the tenth anniversary of Phantoms' release -- Vena, Cloyd, McAlhaney, Zwiefelhofer, and Lunceford reconciled and reconvened, enlisting drummer Nick Radovanovic for live shows, the first of which was the Skate and Surf Fest held in Asbury Park, New Jersey. A few months later, they released their first new song in ten years, "Take You Away." The comeback continued as Acceptance embarked on a short tour, returning to the studio for their sophomore set, Colliding by Design, which was released in early 2017. Featuring the songs "Diagram of a Simple Man" and "Haunted," the set charted on the Billboard 200. The band forged ahead in 2020 with the Wild EP, a four-song teaser for their third official full-length, Wild, Free. ~ Neil Z. Yeung, Rovi