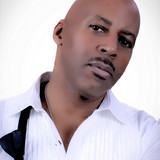 There are many ways to describe Gary Tyrone Johnson, but unique, talented, and charismatic just seem to scratch the surface. However, there is one word that ties them all together and is true to his character: Gary Tyrone Johnson is Real. Few people sing so honestly from their heart and soul. Gary does so in just the right way, combining art, story, and song in perfect unison. Gary first tantalized fans’ ears on a national scale with the release of his 2010 album “THE ARRIVAL". The 11 track album was written and produced by Gary Tyrone Johnson and music partner, and cousin Warren Jackson.

Then on December 12, 2012, Gary released the powerful love ballad “LOVE MUST COME FIRST”. In March of 2015 Gary released