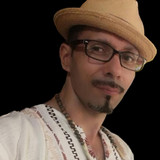 New York’s own Doug Gomez started his musical career as a DJ, honing his skills with the explosions of Hip Hop, House Music and dancehall genres dominating NYC club scene at the time. As a true New Yorker of Colombian roots, his love for drums and sophisticated melodies led him to embrace the path from Deejaying to business then eventually to production. He worked for the German powerhouse ZYX Music & NYC's Waako Records as

A&R/promotions director and label manager. Doug desire to express his love through production for what he affectionately calls “That New York sound”, a mix of organic, soulful music, combined with afro latin rhythms, was evident on his 2016 releases.