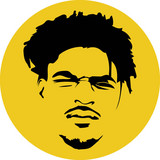 Pennsylvania may not be at the top of rap’s most prominent states list but that doesn’t mean that it lacks talent. It has produced some of the most notable artists in recent memory who demonstrate supreme levels of prowess with the one who can weave witty wordplay in between a heartfelt story. The same can be said for twenty-one-year-old Q Capone, a Williamsport emcee who officially introduced himself to the world in 2020. His style is clearly reminiscent of Philly powerhouses like Lil Uzi Vert and Meek Mill, with his signature crooning and catchy melodies prevalent across trap-flavored instrumentals. His own personal battles with heartbreak as well as the trials and tribulations of life have given his music substance that many lack in the rap game today, and it has all culminated into the release of his debut EP, “Q.” The three-track effort shows the world the real Q Capone with no filter and all heart. It is clear that he has discovered his passion and can easily rise up among the competition to be one of the hottest new voices in music! www.qcapone.com