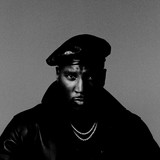 Atlanta Rapper Jeezy (formerly Young Jeezy and before that Lil’ J) is one of the more visible frontrunners of the Southern trap sound that grew to worldwide popularity. His 2005 major-label debut, Let’s Get It: Thug Motivation 101, kicked down the doors for Jeezy to become one of the top-performing commercial rappers of his time. His success streak continued into the next decade, with albums like 2015’s Church in These Streets,

2016’s Trap or Die 3, 2017’s Pressure and most recently 2019’s TM104: The Legend of the Snowman serving as an ongoing showcase for his gruff voice, powerful raps, and ground-level perspective on trap production.