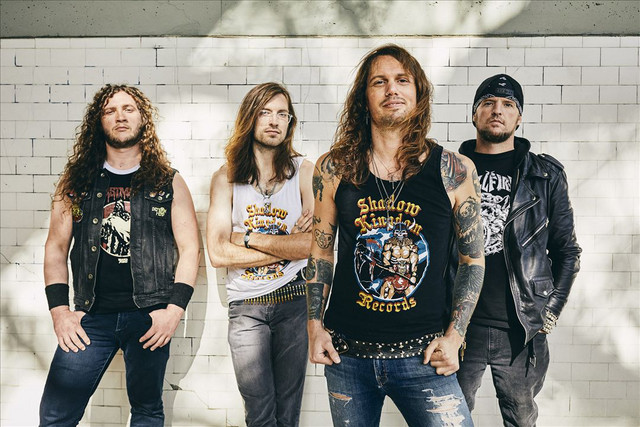 Haunt are a West Coast hard rock/heavy metal quartet who channel the majesty, sonic might, and "guitarmony"-laden cadence of New Wave of British Heavy Metal greats like Judas Priest, Angel Witch, and Iron Maiden. Based out of Fresno, California, the band began as a solo vehicle for ex-Beastmaker vocalist/guitarist Trevor William Church, eventually expanding to include guitarist and backing vocalist John Tucker (also formerly of Beastmaker), bassist Taylor Hollman, and drummer Daniel Wilson. In 2017, Haunt issued the EP Luminous Eyes, followed by the full-length Burst into Flame in 2018, the latter of which was released via Shadow Kingdom Records. They wasted little time in getting back to the studio, delivering a second EP, Mosaic Vision, in early 2019, with a sophomore full-length effort, If Icarus Could Fly, arriving later that May. Less than a year later, they returned with third album Mind Freeze. ~ James Christopher Monger, Rovi