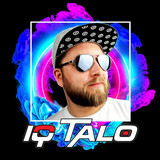 IQ-Talo alias Ralf Lowey was born in March 1983 in Prüm (Eifel). Already as a teenager he was very enthusiastic about electronic music. At the age of 16, he started his career as an amateur DJ in a mobile disco formation. Engagements in the Loveparade in Berlin, at the Airbase in Spangdahlem and in various clubs in Germany, France and Luxembourg expanded his repertoire and his awareness level. Two live shows on radio (radio99.de) over several years, bookings in the Egyptian ElGouna and a gig at Ruhr in Love 2017 are the highligths of his previous bookings. His style can be classified in EDM and also in the House area. His releases and remixes have risen to the top 10 in Germany and Europe and have already appeared on compilations in Asia. The single "Wrong" reached number one in the spain dance charts in April 2018. In 2018 he heated up the crowds at the well-established German festivals Nature One and Ruhr in Love and in 2019 we not only take part in German festivals such as Ruhr in Love, Rock am Ring/Electro Stage and Felsenfestival, but also at the biggest festival, the E-Lake Festival, in the neighboring country of Luxembourg play on the mainstage!   Contact: www.iq-talo.de