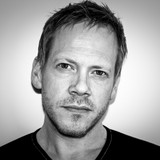 Björn Fogelberg is a music producer from Sweden who started out making chip music on a Commodore 64 in the mid 80s. His first two albums 64 and Karooshi Porn were released in 1996 and 1999 respectively. Björn can boast some of the, at the time biggest names in the industry, DJs such as Armin Van Buuren and Markus Schulz have played his music, to name but two. Among artists Björn has remixed over the years we find synth legends Klaus Schulze of Tangerine Dream, Jean-Michel Jarre and Matt Darey’s project Urban Astronauts. Yet his latest album Focus (2017) marked a new beginning for his sound. "I’ve always worked a lot with hardware and shortly after my last two EP's I started to get into the fascinating world of modular synthesizers. I really like the idea of crafting interesting loops and sounds that way. Many of the tracks on Focus started out that way, as a random sequence on my modular setup. The inspiration to make another album built from that."