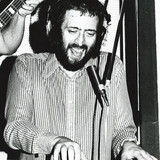 Born in Glasgow, Scotland, singer/songwriter, lyricist and producer Eric Woolfson is best known as the co-founder of British progressive rock outfit Alan Parsons Project. Woolfson moved to London at the age of 18 to pursue a career in music, first as a session pianist and eventually as a successful songwriter, penning tunes for the likes of Marianne Faithfull and Peter Noone. A foray into artist management in the early '70s introduced Woolfson to engineer/record producer Alan Parsons, with whom he would eventually join forces with under the moniker the Alan Parsons Project. The band released its debut album, Tales of Mystery and Imagination, in 1976 on Arista. The eight albums that followed secured the group a handful of notable hits including "Time," "Eye in the Sky," "Don't Answer Me," and "Prime Time." When the band split up in the late '80s, Woolfson turned his attention to musical theater, releasing Freudiana, a collaboration with English show business entrepreneur Brian Bolly. He continued writing musicals throughout the '80s and '90s, including Gaudi, Gambler, Edgar Allen Poe and Dancing with Shadows. In 2009, just prior to losing his life to cancer, he released the album Woolfson Sings the Alan Parsons Project That Never Was. ~ James Christopher Monger, Rovi