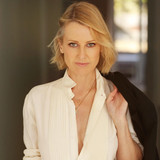 Abby Dobson first came to the attention of Australian music-lovers as the distinctive voice of Leonardo’s Bride. Her sultry vocals on ‘Even When I’m Sleeping’ propelled the song into APRA’s chart of the Top 30 Australian Songs of All Time in 2001. Following Leonardo’s Bride, Abby featured as a guest vocalist on the albums and tours of dance music artist and producer, Paul Mac. In 2007, she released her first solo album, Rise Up. Abby has a deliciously vivacious side-project with Lara Goodridge (Fourplay) named Baby et Lulu. They sing and harmonise in French and tour regularly with a six-piece band. Baby et Lulu have released two albums and their last offering, Album Deux, was nominated for an ARIA award in 2015. ‘It’s Okay, Sweetheart’ is Abby's second solo album. It was recorded in Nashville by producer Brad Jones (Matthew Sweet, Josh Rouse) and Abby Dobson with further production input back in Australia from Josh Schuberth and Abby’s nephew, artist and producer Simon Dobson. "Abby Dobson is blessed with one of the most distinctive voices in Australian music⎯a smoky, intrinsically romantic instrument that she’s used to bewitch audiences over the years." The Age