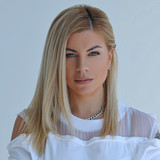 Music formation “S.ONE” is regenerating on the South coast. A new music project has been created in Odessa, Ukraine. “Special One” – these words reveal the meaning of the abbreviation “S.ONE”, which is the brand name of a new project.The aim of the project is to find like-minded people and rally them in a community of “Techno”,“Melodic Techno”

and «Progressive» connoisseurs.Two parts of the unit combine and produce the energy and the sound, which you hear and feel. This is a new Techno wave similar to a powerful Black Sea wave. The idea of the project is not only to play …most importantly to create music! In a little more than 2 years of S.ONE musical career ,she have in her arsenal releases on 3000Grad,Black Rose,HEINZ,Blindfold,Love Matters,Dear Deer,Lost on You,OKO Recordings, Beatfreak Recordings