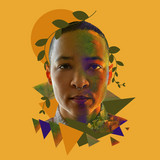 Kimberly Sunstrum is a heart-warming performer. Her song writing is deep, evocative, and powerful. It’s an inspired blend of the grooves she listened to growing up in Sub-Saharan Africa and Canada. She strings together sounds from South African pop hits, classic R&B, old-time country and 70’s Motown and spins them all together in to her own unique melodies.   She writes about the world as she sees it with a powerful poetry and grace. Mixed-race identity, feminism, love, family, and queerness are reflections of her life and constant themes in her songs. Sunstrum has played multiple festivals, among them RBC Bluesfest, Ottawa Jazz Fest, Westfest, MEGAPHONO, and Nuit D’Afrique. She’s performed at the CBC Pop-Up Showcase, Ottawa Pride Event. She’s opened for Gordon Lightfoot at the Kemptville Live Music Festival. She also performs annually on the Soul Train Cruise, where she's performed amidst legends like Gladys Knight, The Commodores, Chaka Khan.   Sunstrum’s second album, ‘The Slow Sprint’ was officially released on November 16th 2019 at the National Arts Centre. The album is a fresh and pleasing new chapter in her career. Kimberly Sunstrum has made her mark on the Ottawa music scene and is ready to emerge as a national artist.