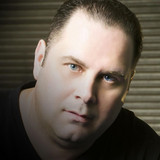 Industry veteran and CEO of 418 Music, Gino Caporale has established his name and reputation in Philadelphia, Gino traveled the country from NYC to Miami, playing guest spots in the hottest nightclubs. Gino’s passion for music naturally progressed into producing, remixing and editing. Once in the studio, Gino produced several hit records on the main Billboard chart, and contributed to several top-selling remixes for a variety of music talent such as Depeche Mode, De La Soul and 69 Boys, whose remix was used on the soundtrack for the film Bad Boys II. In 2013, Gino launched 418 Music, an independent and innovative music label specializing in EDM, house and dance music. With distribution via INgrooves, and collaborations with some of the hottest talent in dance music, such as StoneBridge, Crystal Waters, Dave Audé as well as Hip Hop features from Rick Ross and Cory Gunz. 418 Music is having an impact. To date, four tracks have reached the Number One spot and 40+ others have charted on the Billboard Dance Club chart. And in 2018, 418 Music was ranked Number One in the nation as an Independent Dance Club Imprint by Billboard. Gino’s presence continues across the Internet and around the world with his weekly 418 Radio show, and monthly residency on Hollywood Hamilton’s Remix Top 30. Gino’s instinctive ability to bring the sound, whether in a club, over the Internet, or via his label, extends his influence to the dance music community and beyond.