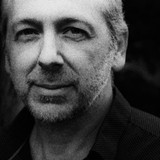 An award winning Australian composer Peter is a true storyteller, meticulously weaving emotion into his work in a way that effortlessly

transports the listener into new realms. His music is a collection that moves delicately between that which is calming and that which is utterly breath-taking. In 2016 Peter was the Winner for Best Television Theme for the APRA/AMCOS Screen Music Awards for his work on the much acclaimed Nos Youm TV Series. The series for the Sabbah Media Corporation received critical acclaim as the best mini series for the Ramadan period. His personal works have a beautiful sensitivity and wide range of emotional journey's to his listeners.