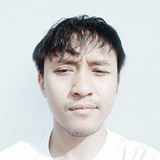 Being introduced to rock music since toddler, Bintang Marta Adi Subrata started to play music in junior high school as a self-taught drummer. Forming a band with his friends to play and perform various music genres from hard rock, heavy metal, and popular songs. In his first year of high school, Bintang write and produced his own music in his bedroom studio and decided to take an independent path with his personal music entity called STRBRN (Starborn). Inspired by his toddler roots and his fondness of stories about life, tales, and experiences, STRBRN fuse various elements of rock music with easy elements of pop, and modern electronic music. Studying architecture and now actively working as an architect and interior designer, STRBRN writes, produces, and delivers a slight hint of rock wrapped in an easy pop and peculiar stories of life.