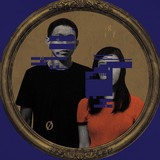 Tucked in between dark beats and immersive vocals lies Singaporean indie-electronic duo .gif, made up of weish and din.&nbsp; As word began to spread organically through their quiet releases on SoundCloud and packed-out live shows, the band recorded their debut EP in 2013, entitled ‘saudade’, followed by their first LP, ‘soma’, in 2015. The band has gone on to perform all over the world, from the UK and Australia to China and Manila, both at major festivals as well as helming their own tours. In their writing, the pair often draws from literature, theatre and film. They have also had the honour of collaborating with artists across different disciplines, from poets to playwrights.&nbsp;