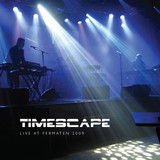 Timescape was formed in 1996 in Denmark by the Tony Andersen and Kent Eskildsen. Before joining forces Tony and Kent had each made a few solo releases of electronic music. They both run a recording studio, the Nanovision Studio and the Klangshoej Studio, where they compose and record the music of Timescape. Tony and Kent plays a wide range of instruments; Keyboards, guitars, bass, percussion and flutes. Their music explores all kinds of electronic genres - often with a laid back attitude. It is mostly instrumental, but they have teamed up with vocalist Tina S. Johansen for some of the vocal tracks. Timescape has released 9 albums so far and made some apperences on compilations. They have made a few soundtracks and been involved in other musical collaborations. One of the sideprojects is “Navigator” wich is inspired by Berlin School artists like Tangerine Dream. Timescape has also been taking their music on the road and played from small and intimate DJ sets at clubs to larger shows with additional musicians, dancers, computer graphics, lasers and video projections. Timescape has also performed with dancers from the famous Schaufuss Ballet Company and once played a support concert for Jean Michel Jarre before on of this concerts in Denmark. In 2010 Timescape composed the music as well as performing at a big show with more than 300 actors and singers to celebrate Viborg´s 950 years town jubilee. The show which took almost a year to complete was later broadcast on TV.