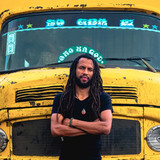 Born into two different cultures, the singer Nai-Jah grew up in Nigeria understanding the struggles and persecutions resulting from colonialism. He moved to France in 2006 and eventually started his band now known as "The Kwenu band", refering to the culture and tradition of Ndi-Igbo of Nigeria from which they derive their identity and which give their lives meaning and purpose. Nai-Jah and The Kwenu band has released 2 EPs and an album Masquerades .Nai-Jah has been active on the Dub scene working especially with prominent dub producer Alpha Steppa with whom he released the album The Great ElephantHe has also worked with the likes of AMJ Collective, Ashkabad, The Ligerians