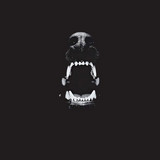 Brazilian born, Miami-bred, and now LA-based producer FANGS, has steadily been building his name. Focused on the live elements of the DJ/Producer existence, FANGS brought 2018 to a close alongside Kaskade with an electrifying performance that offered a new perspective to fans. Known for creating diverse visuals that offer a mind bending exploration of his music, and with upcoming club and festival plays, FANGS is cementing his name in the scene. Already heralded by tastemakers like EARMILK, DJ Mag, EDM.com, YourEDM, Dancing Astronaut, Magnetic Magazine and more, 2019 has started off strong with his debut single for Big Beat /Atlantic Records, with a club smash called ‘Money’. Garnering over 100k streams on Spotify in less than a week with his release ‘Let’s Get Weird’, FANGS has continually landed on the top playlists with his dance floor heaters. He has continued this rise with his latest release ‘Tell Me’ landing on Spotify’s New Music Friday and SiriusXM’s BetaBPM, further catching the attention of CID, Mr.Tape and Matroda giving support. His latest mashup featuring Benny Benassi has taken off garnering support from Benny himself to Austin Kramer, as well as Disciples latest plays at Tomorrowland and HÌ Ibiza. Closing out the summer with the success of his very own curated summer series ‘Midnight Society”at Sound Nightclub, things are looking to ramp up this coming new year for this favored dark horse.