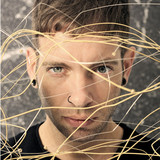 Pipo Romero, is a gifted composer and acoustic guitarist from Cádiz, Spain. His first album “Folklórico” was released worldwide by Legacy Label (Sony Music Spain), and climbed to the top ten of WMCE (World Music Charts Europe, nov 2017), and is receiving excellent reviews, including El País, the most respected newspaper in Spain. “Folklórico” comes from the heart. It is a compendium of musical styles which blend seamlessly, creating Pipo’s unique and original sound. The result is a delightfully innovative and eclectic album that offers captivating soundscapes beyond the realm of instrumental acoustic guitar. Pipo Romero has been performing his music internationally to enthusiastic audiences. He performed at the Barcelona Guitar Festival, “Los Matinales del País” in Madrid (Spain’s most important concert series), as well as concerts in the EU and North America. Early in 2018, Pipo was featured on the cover of Fingerstyle Guitar Journal. His growing international recognition led him to share the stage with pioneering legends of the acoustic guitar Don Ross and Pierre Bensusan. Luthier Michael Greenfield, a world reference in handcrafted guitars, is working with Pipo as one of his touring artists. His second album Ideario (Universal Music) promises to be an album full of contrasts with changing moods that travel through folk, flamenco and classical music through a unique and innovative approach to acoustic guitar.