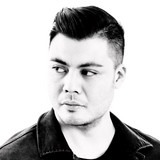 Parnassvs aka Angelo del Carmen, is a San Francisco based trance/techno DJ/Producer living in Manila, Philippines. Angelo, started out during the last hayday of vinyl music in 2003 as a teenager collecting trance and hip hop records from local shops. Diving into various other aliases, sounds and gimmicks throughout his journey, Angelo felt a calling to focus more on his own true sound. Eventually retiring all other aliases and affiliations, that new sound/calling created a new ethos and name: Parnassvs.

Parnassvs started his new direction with new releases on Netherlands based label Serendipity Muzik (Black Hole Recording). Since then his music has been supported by the likes of Artento Divini, Ferry Corsten, Armin Van Buuren, Paul Van Dyk, JES, Dash Berlin, with tracks being featured on ASOT and Transmission radio shows. The sound of Parnassvss traverses in the the melodic and energetic rhythms of tech trance and dark pulsating drums of techno. With this idea in mind, Parnassvs’s goal is to create dance music that upholds the beauty of trance and techno; the push and pull of energy, emotion and rhythm.