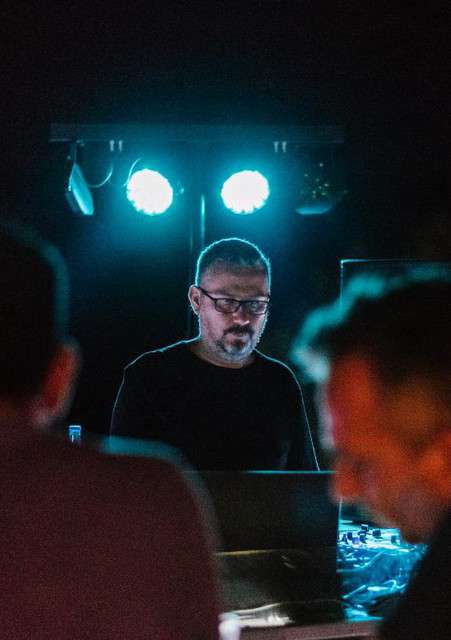 Nacho Sotomayor , musician and producer of extensive professional experience and international recognition, for over a decade has been offering us a nearly annual installment of his album series « La Roca ». His work has been oriented almost in its totality to Ambient Chill, Downtempo, Lounge sounds, although it’s worth mentioning that he’s also done some productions in other areas and for other artists.   In 2008 he received the award for The Best Electronic Music Theme for his track » Untiltled for a guitar« (from his album »Interior«, Absolut Ambient, 2008) in the XIII music awards granted by the Music Academy of Arts and Sciences.   Essential in any compilation as Buddha Bar (Paris) or Café del Mar (Ibiza) in whose 2003 world tour Nacho Sotomayor took part of. He currently alternates his DJ residence in Maldives with sessions around the world.   Together with Francisco Sotomayor they’ve been directing for years their Absolut Ambient label through which they have developed projects for companies such as National Geographics, Giorgo Armani or the American film and television producer HBO (»Six feet under«).   More than 15 albums, dozens of productions, hundreds of remixes, and numerous projects in different fields make Nacho Sotomayor one of the most influential and important contemporary popular music musicians both nationally and internationally.   https://nachosotomayor.com/