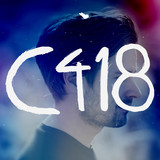 There is no doubt that composer and producer Daniel Rosenfeld (aka C418) is known most through Minecraft, an independent video game so popular that its original PC version registered 100 million users within two and a half years. However, there is much more to his discography than the sparse, soothing ambient pieces of Minecraft Volume Alpha, which first appeared in 2011. Albums such as 72 Minutes of Fame (also 2011) and One (2012) consist of buoyant tech-house and IDM tracks, while 2015's 148 included progressive, vocal-driven dance-pop, and 2017's Dief was an excursion into downtempo. Rosenfeld was born in East Germany just prior to reunification, and learned to make music with digital audio workstations like Ableton Live. He began releasing his music online as early as 2006. By November 2011, when the full version of Minecraft was issued, Rosenfeld had built a modest discography. His initial releases, all instrumental, ranged from melodic electronic dance-pop to austere pieces that recalled the gentler output of early ambient music masters like Brian Eno and Roedelius. Like the earlier releases, Minecraft Volume Alpha (2011) was available on streaming services and as a digital download on the C418 Bandcamp page. A second volume, Minecraft Volume Beta (2013), followed suit with music featured on updated versions of the game. Rosenfeld continued to issue additional recordings through Bandcamp. He owned the rights to his Minecraft work, and in 2015 had Minecraft Volume Alpha reissued by Ghostly International on vinyl and CD. Also in 2015, C418 released the eclectic, vocal-driven 148, which included house and drum'n'bass tracks in addition to collaborations with artists like Disasterpeace and Laura Shigihara. Following the 2016 odds-and-ends collection 2 Years of Failure, he released the brief, relaxing Dief in 2017. Later in the year, Rosenfeld composed the theme music for Beyond Stranger Things, an aftershow that accompanied the second season of the hit Netflix series Stranger Things. C418's studio album Excursions, featuring the slow-boiling first single "Breton," was released in 2018. ~ Andy Kellman & Paul Simpson, Rovi