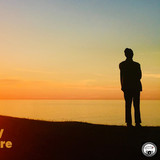 Alex Valentine grew up in Camden Town, London. In 2004 he released LOCAL HISTORY on his own Struck Dumb Records label, gaining much national radio exposure with ‘Sunshine’ and ‘Spinning Wheel’. In 2006 he

moved to the Welsh mountains. It was in this relative isolation that Alex wrote and recorded Tardis Heart, his third album “a beautiful collection of stripped back heart-wrenching songs.”   Alex was first discovered by Bob Harris and was also championed by Jonathan Ross, Jonnie Walker and Dermot O’Leary, all on BBC Radio 2 and has performed his music all over the world, recently in India, California and Spain. In 1990 Alex was the first British artist to perform in Romania since Ceaușescu took power in 1965. His performance at the National Theatre was broadcast to 35 million soviet bloc viewers. He sang live on the national news but this was used as propaganda by the state TV. Under armed protection from Romanian rebels, Alex and his manager Seamus Morley hid in the mountains for three days before returning to the U.K.