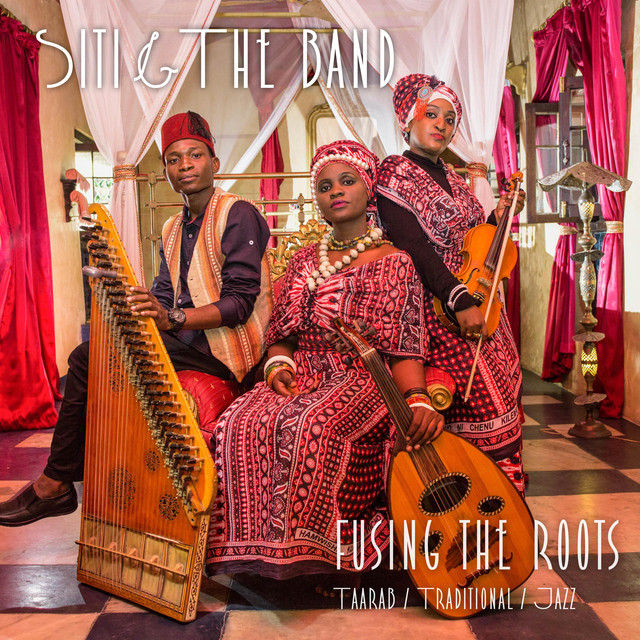 With unique instrumentation – including Violin, Qanun & Oud – Siti & The Band is carrying the torch of classical Zanzibari music by giving new life to the traditional sounds. In their first album they fuse their African roots with Western and Indian Ocean influences. Taarab, originally brought to Zanzibar over 200 years ago by migrants and traders who sailed the ocean with wooden Dhow sailing boats, became a unique touch in Zanzibar being exposed to different African rhythms and tonalities. During the creative process great care was taken to not change or replace but merge the different cultures that are very close to their common African origin. Their first album, “Fusing the Roots” is recorded evidence of the timelessness of Zanzibar’s traditional and contemporary music. The high quality recording, empowering lyrics and unique musical compositions of the album have beautifully entangled contemporary rhythms with Zanzibar’s most loved classical genre. The musicians behind Siti & The Band are diploma graduates and accomplished musicians from the Dhow Music Academy in Zanzibar and have toured with different combinations all around the world. They play in different combinations and styles on a regular basis in Zanzibar and beyond and have shaped the local music scene.