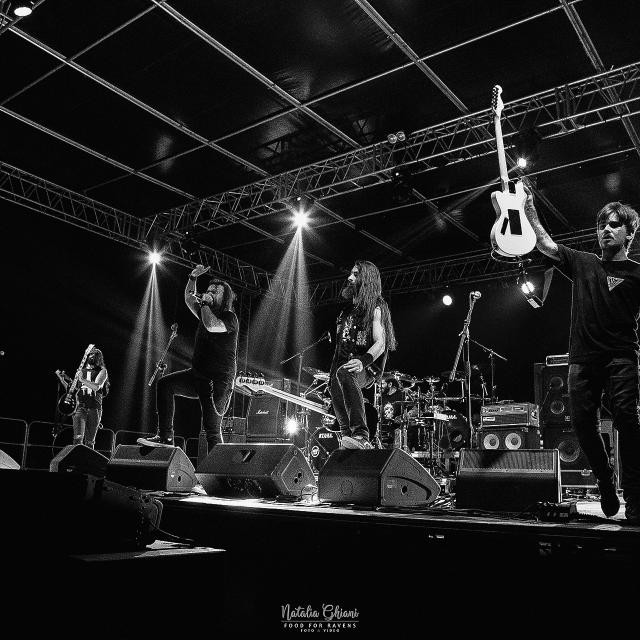 Shardana was formed in the early 2008 with the intent to create a metal band with epic and battling sounds, merging the Heavy Metal sound with the Black and Viking ones. Historically speaking, The Shardana was the name of the Sardinian pirates who sailed the Mediterranean sea in the second millenium BC. That inspires mainly the songwriting of the band, and the lyrics are about the glorious courage and the legendary proud of those people who contributed to soar the influence of Sardinia at the times of the pharaoh Ramses, or also during the roman empire. Part of the songs are written in Sardinian Language, such as: Sa Battalla (The Battle), Sa Sedda ‘e su Diaulu (Devil’s Saddle) and Bardanas (Raids).