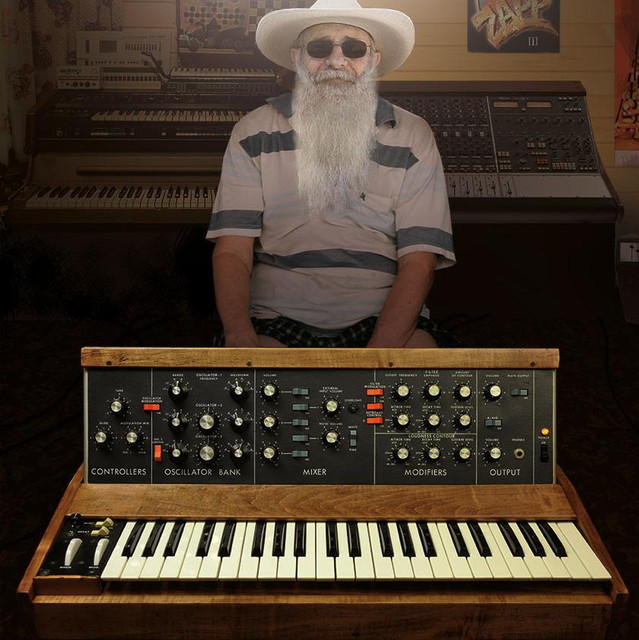 What can we tell you about the Funk Darker-project? Well, it’s the brainchild of longtime Minnesota resident Josh Beardman, also known as the “Funky Hermit”

or “Grandpa Groove”. After a solid 50 years of vinyl collecting (first Funk, Soul, and Psychedelica, then Dub, Jazz & Hip-Hop) and messing around with Moogs the now 69-old finally is ready to put his own music out. The worldwide web gave Beardman a chance to emerge from his small trailer, using the cyberspace (and supposedly he still uses his Netscape browser for this) to connect with newfound musical friends from all over the world, resulting in an international network of Funkateers. Every peer gets scouted for distinctive qualities: these singers, rappers, and musicians are the essential missing pieces that complete his little puzzles. Collabs have been made with artists from Texas, Atlanta, to London, Finland. Japan etc. Additional to that, from time to time Beardman picks up the talk box himself, following the footsteps of his idols Stevie Wonder and Roger Troutman. Apart from Wonder and Roger, the other influences on his music are clear as well: Dr. Dre, Thundercat, Flying Lotus. The outcome is not that obvious: a quirky mixture of Soul, Jazz, Gospel, Hip-hop/trap and G-funk. Beardman has a mission: to make the darkest & dirtiest FunkSoul record in this day and age. Filthy synths, raspy voices, Bluesy vibes. His sound is both nostalgic and futuristic, underground but never not catchy.