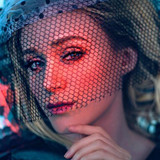 Lisa Chamberlain is a singer/songwriter based in Los Angeles. She specializes in vocal performances on piano, with a signature soulful-pop style. Chamberlain has a strong background in classical piano, and credits her musical inspirations to Alicia Keys, Solange and Amy Winehouse.   Her debut single “Reaching” was released Feb 1, 2019, and she is excited to showcase it to the world! Special thanks to her producer, Wayne G Miller, Selma Studios in Hollywood, and her cat, Monet :)   Chamberlain was recently featured on Voyage LA as an artist to know and spent the fall performing in New York City at iconic venues like Piano’s, The Bitter End and Rockwood Music Hall.