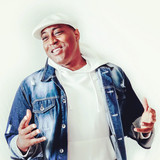 AL CHAUNCY was Born and Raised in Raleigh, NC

where "The Son of Soul" started his music career. Being the son of Jazz/Gospel pianist Gerald "Jerry" Williams of Brooklyn NY, Al Chauncy got a taste of the music business while traveling with his father. Being around Gospel music and hip hop is what morph this dynamic Soul singer today. As a kid Al Chauncy sung in the The Gospel Music Workshop of America and also joined super Rap group Bloodline in his teenage years. He moved to Atlanta in 2009 in search of making it big in the new mecca of hip hop, but fate and destiny led him to his mentor Chris "TRAXX" Rogers. Under TRAXX tutelage and artist development; Al Chauncy converted from a rap artist to a bonafide Soul singer. Al Chauncy is a trained actor, comedian, and band leader of