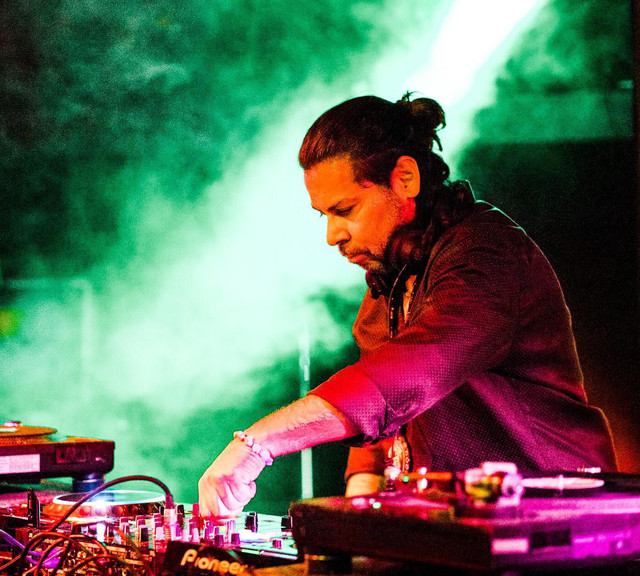 DJ Astro Black grew up in Los Angeles on his father's diverse collection of blues, soul, funk and reggae - which helped set the tone for his musical inspirations. He infuses these creative influences into his own sound, which combines this wide range of styles, blending them together in his own unique artistry. Astro has always listened to and loved all styles of music, he has had a deep connection and love for reggae, soul, funk and house music, since the early days. By the mid 90's he was experimenting with producing. After having released a handful of tracks and remixes under different names, he began to cement his reputation locally, in LA as a talent force. He now travels the world, playing music, at festivals, often winning audiences along the way. He has been on the bills of Fuji Rock Festival (Japan), Goa Sunsplash (India), Seoul Music Week (Korea), Island Vibes (Australia), Global ISAI Festival (India), Planet Indigenus (Canada) Palm Creek Festival (Australia) just to name a few. He has been known to produce for reggae and hip hop artist.